Living in Korea: How to NOT Look Like a Tourist

Whether you’re living in Korea or just visiting, it’s easy to look like a tourist when going about your daily life. Some people don’t want to look like a tourist to avoid being a target for thieves or scams. This isn’t something you need to worry about in Korea because crime levels are amazingly low. You can leave your bag, coat, or phone on the table at a restaurant or bar by themselves. And they’ll still be there when you get back! I obviously wouldn’t recommend doing that though. However, you may have your own reasons for not wanting to look like a tourist, so here are some simple tips to help you with that. Newcomers to Korea often find themselves looking up, trying to figure out signs, and searching for the tiny English print (if there’s any at all). Hangul is the name of the Korean alphabet, and it’s surprisingly easy to learn! There are a few ways you can try. The first one is to check out 90 Day Korean. This is very useful and you can start learning before you come to Korea. Or you can do their 90 minute challenge on the plane!  I also found the app “Hangul Match” to be very helpful when learning to pronounce the characters. It’s simple, and pretty fun!

Don’t expect people to speak English. Most people will try, but many are nervous. Using some very basic phrases is helpful for when you’re trying not to look like a tourist. The 90 Day Korean website can also help you with this. Learning simple things like “Please,” “Thank you,” and “Where is the bathroom?” can get you pretty far. Once you’ve learned Hangul, the best part is ordering food. The words for a lot of non-Korean food are pronounced very similarly to their English counterparts – just written in Korean. For example: Hamburger in Korean is 햄버거 (pronounced ham-beo-guh), pizza is 피자 (pronounced pi-ja), and a latte is 카페라떼 (pronounced ka-pe lah-tey). Koreans are typically very impressed even if you know very little.

There are a few things here and there that you may not catch onto right away. For example, on the subway, you DON’T sit in the seats reserved for elderly or disabled people that are off to the sides. Even if there is no one in them and they are the only seats available, don’t sit there. On the bus, however, it is okay to sit in them until you see an older or disabled person getting on the bus.  The pink seats that are on some of the subways are meant for pregnant women. They are generally okay to sit in, unless you see a pregnant woman.

Elders are respected in Korea, however it’s not uncommon for ajummas and ajjushis (Korean for older women and men) to get a little pushy when they’re trying to enter and exit the subway in a hurry.

Other tips while in transit to avoid looking like a tourist include being quiet. You’ll be surprised when you see Koreans suddenly stop talking when they get on a subway or bus. Also, eating and drinking on the bus and subway is greatly frowned upon. So save your snacking for later! When eating in Korea, don’t expect there to be forks available or salt and pepper on the table. There may be things that show up you didn’t order, like corn on your pizza or an endless number of side dishes. Whenever you go for Korean food, expect a bunch food in tiny bowls to show up on your table before the rest of your food. Give them a try – most of the time they’re delicious! These side dishes and sauces are meant to complement your meal. One of them will undoubtedly be kimchi! It’s not always the same, so if you get one you don’t like, don’t be afraid to try the next one.

It’s hard not to stand out when traveling or living in Korea. If you’re not of Asian decent, then you will DEFINITELY stand out. Korea is one of the most homogenous societies in the world, and even more so in more rural areas. As a foreigner, you can expect a mix of reactions. People are often very friendly and sometimes you get random discounts just for being foreign (at Everland or Lotte World for example). You can also get some tax refunds from shopping. However, there are some times you will not be allowed in certain establishments because they are “Korean only”. Those things aside, Koreans are generally very accepting and want to get to know about you personally. So don’t be shocked if you are asked some personal questions very quickly!

There are a few things that you can do that you would usually think make you look like a tourist, but in Korea they don’t:

Ready to Dive in and Teach English in Korea? 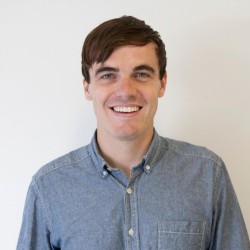